There is volumes to be said about the relationship between television programming and money. But in this post we'll just take a look at some data that monitors television consumption from a dollars and cents perspective. 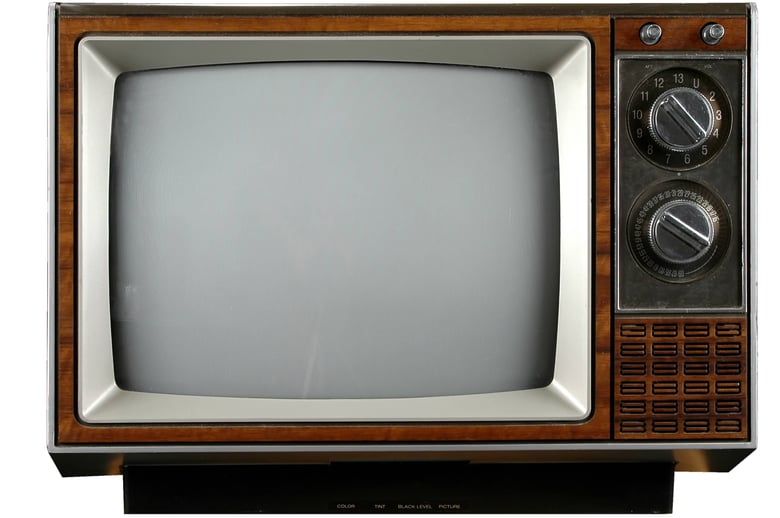 First Of All, The Bottom Line:

Completion is fierce for viewers attention, and the television industry relies on viewers consistent interest in tv programming to maintain profitability. The cost of consuming media (manly cable TV subscriptions) for viewers is minuscule compared to average incomes in the United States, which is just over 50,000 USD. The cost of television production and video distribution rides on the shoulders of advertisers. So...the better you are at targeting an audience with the right content, on the right device, at the right time, the more viewers you'll have and the more ad revenue you'll make.

Between the Two and Among Them All:

Experts at Nielson have discovered there is a correlation between household income and media consumption, and more specifically, income and the devices used to consume media. Lower income households consume more media overall across all devices, while wealthier people consume less media, but a greater percentage of their media cosumeption takes place on higher tech devices like tablets and smart phones. 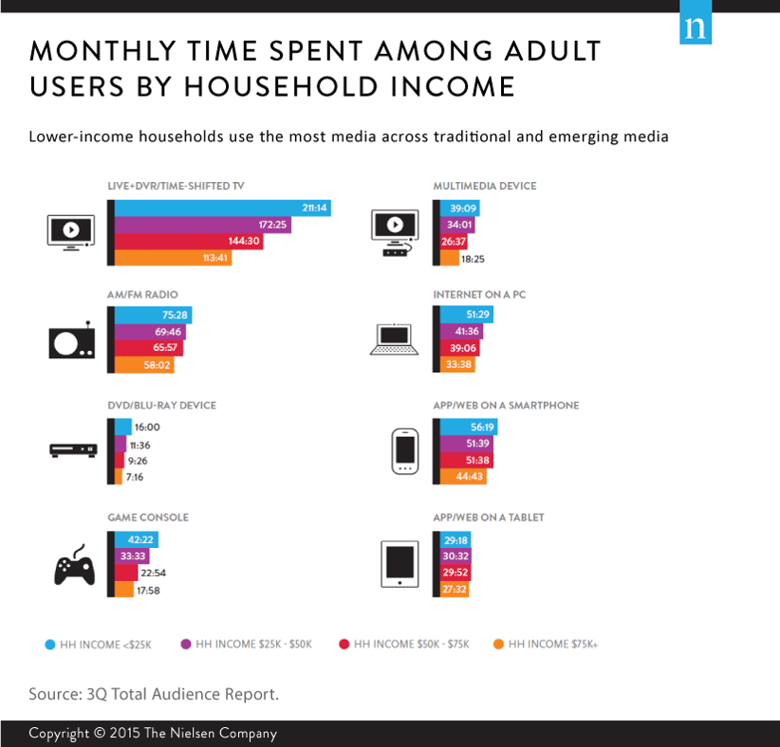 Though traditional television and DVR remains the most popular source of consumption, as Marketing Charts points out,  younger generations are watching less broadcast television. 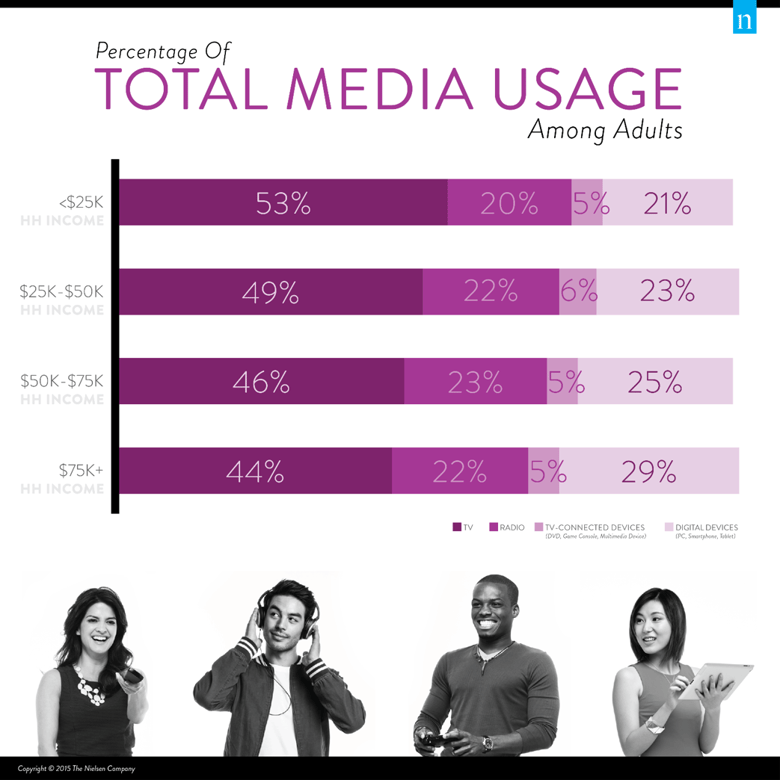 In Fact, Time is Money:

The lowest income adults consume most of their media during the evenings after 5PM, around the same time the typical work day ends. Peak viewing hours for television is 9PM, otherwise known as prime-time. People between the ages of 18-24 have shown to dedicate about 10% of their total week, around 15-and-a-half hours, to watching traditional TV. Interestingly enough, consumption of traditional TV for that same group has dropped in the past 4 years by an average of 8-and-a-half hours per week.

Parenthood and home ownership are two unique life stages associated with watching traditional television, which also correlate with total income.  This demographic shift leads to an increase in overall media consumption. Observing the habits of older demographics, it comes as no surprise senior citizens consume the most traditional television as they lead more sedentary lifestyles. The senior citizen demographic also correlates with lower income households. 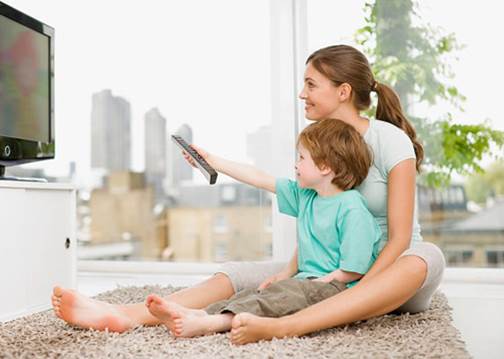 So What's the Point:

Audiences' media consumption behavior is becoming increasingly fragmented across demographics, devices, and timetables. Knowing 'who, where and when' will help you make better content creation/acquisition and distribution decisions which will improve viewership and in turn revenue.

Majoring in International Business and minoring in Chinese, I have a solid focus in communications, foreign languages, and international relations. As a natural extrovert, I am eager to network and explore the world.