Modern Monks at the Longquan Monastery

Deep at the foot of the Phoenix Ridge, the ancient Longquan Buddhist monastery still stands after over a thousand years. Walking through its courtyard, you pass the antique relics of its long past. Two thousand-year-old gingko trees stand vigilantly over the grounds, as they have since the monastery was first built. The Golden Dragon Bridge – the oldest single arch stone bridge in Beijing – ushers visitors to the entrance.

These landmarks represent the long and tumultuous past of Longquan over the last millennium, from neglect during wartime to restoration during cultural renaissances. The cycle repeated for hundreds of years, until 2005 when it was officially reopened, the first Buddhist monastery to operate in accordance with the Three Jewels in Beijing's Haidian district since the establishment of the PRC.

But the rich and inspiring history seen surrounding the temple hides a surprising secret within. Inside the monastery you can find a complete animation studio, robotics lab, and audio recording facility built into the caves from centuries past.

What makes Longquan special isn't its dignified past, but its heartfelt commitment to the future. Longquan is perhaps the most modern Buddhist monastery in the world, and after the recent release of its Xian'er robot monk (based on its popular webcomic series), it's now attracting international attention.

We spoke with Ding Jianhua, a head volunteer at the monastery's translation center, about how Longuan embraces technology, and why that brings it closer to, not farther from, the core Buddhist principles.

The Modern Approaches of Longquan Monastery

A classic tenet of Buddhism is that no single dharma or teaching should be applied in every situation. In other words, no one principle is right all the time. With this in mind, the monks of Longquan have applied technology to multiple outreach programs to spread awareness.

The Longquan monastery manages a popular account on Sina Weibo, a Chinese version of Twitter. Their posts are translated into twelve different languages, with all the work being done by volunteers. Whether news about the monastery, or inspiration from the Buddhist teachings, communication with Longquan is just a few clicks away, no matter where in the world you are.

Additionally, Longquan maintains "intensive" WeChat services. Each group in the monastery has its own accounts, and some are even divided into different levels for language difficulty. These services let volunteers communicate with anyone who has questions about Buddhism or the monastery. The account for the Xian'er robot has recently reached over 200,000 followers.

While most monasteries maintain their own websites, Longquan's site has perhaps the most user engagement and rich content. It's more than just information about the grounds – Longquan's website publishes news, events, and hosts a forum where users can come together to share their feelings, as well as giving and receiving advice.

Ding explains that the website has an essential function in strengthening this community connection. "It's a very important way for people to get to know what's going on with the monastery. Last time, we had an International animation festival right before the children's day on June 1st.  When the news was published on the website, more than 1,000 people found out. It was a big event, and most of the people got the news from the website."

The monastery even broadcasts its own internet radio programs, with news announcements and spiritual advice. Their program “My Master's Talks” uses the children from the community to create programming aimed at other children.

Of all Longquan's outreach programs, its Xian'er character is the most famous. Xian'er is a child monk who learns the philosophies of Buddhism through his Shifu and friends, and through his eyes the audience shares his lessons.

The character started as a comic drawn in traditional Chinese painting techniques, but has since evolved into animated short films, both drawn and dough figurines. The most recent incarnation of the character is the Xian'er robot, capable of live interaction through speech recognition.

The robot is a smashing success, both in raising international awareness and in spreading the Buddhist dharma. Ding admits to speaking with the Xian'er robot every day. She likes to start her mornings with a meaningful conversation with the robot for a daily dose of inspiration.

Longquan's progressivism isn't limited to technology. The monastery is also one of the most environmentally conscious. The monks actively conserve water and energy wherever they can. While the minimal lifestyle of the monks is already good for the environment, Longquan places extra emphasis on the green movement.

A Message for the Next Generation

We asked Ding what message Buddhism could teach the next generation of children, and she replied eloquently:

"The Buddha is the most patient and loving being that we could imagine, or is even beyond our imagination. Wherever we are, however we behave, however lost or troubled we become, Buddha will always love us. That patient and loving kindness is the force that changes the world into something better. And Buddhism is essentially a science about letting go of the afflictions and suffering and being happy.”

Perhaps one aspiration of technology is to provide the means to spread on a global scale such a message of peace and love. 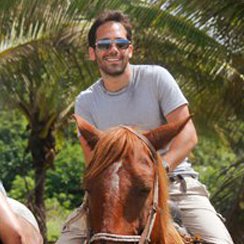